To the Right of the BANG!

Kevin Walsh, an Incident Commander with Secureworks and former supervisor for the United States Secret Service’s Electronic Crimes Task for in Atlanta, GA will discuss real world examples of cyber-attacks.  In addition to discussing current trends utilized by the Threat Actors he will share details from actual incidents, lessons learned and also what to expect after you discover (BANG!!!!) you have just become the next victim of a cyber-attack. 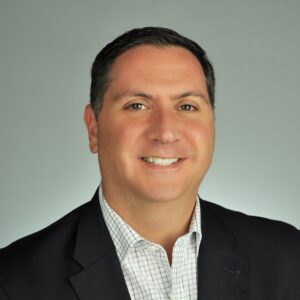 Kevin Walsh joined Secureworks in November 2019 as a Senior Consultant with the Cyber Incident Response team where he currently serves as an Incident Commander assisting with companies during major cyber incidents.  These incidents have included Ransomware, Business Email Compromise, Unauthorized Access, and many others.

Prior to joining Secureworks, Kevin was a Special Agent with the United States Secret Service for over 23 years, and spent the past 13 years as a supervisor leading many different sections with the agency.  Most recently, Kevin was in charge of the United States Secret Service’s Electronic Crimes Task Force (ECTF) in Atlanta, GA, where he led a highly skilled award winning forensic and criminal investigative team.    The Atlanta ECTF has been instrumental in numerous cyber investigations at the global level, including Ransomware attacks, large corporate data breaches, major point of sale compromises as well as Business Email Compromises.

Kevin spent nearly nine years assigned to the Presidential Protective Division, in Washington, DC, four of which he was a supervisor on President George W. Bush and President Obama’s detail.  He has conducted numerous protective advances around the world including active war zones.

In addition, Kevin has spent time in Secret Service Headquarters assigned to the Financial Management Division, in the New York Field Office assigned to a task force combating international crime rings and as an Instructor at the Secret Service academy where he taught Risk Assessment.